This section includes text from the post-exhibition report produced by Somerset House, describing the marketing campaign for the exhibition, its statistics, reach and notes of its successful approach. Curator Sarah Cook worked closely with the marketing team on the concept and realisation of the campaign with collaboration of artist Douglas Coupland.

The exhibition had a strong visual presence, utilising Douglas Coupland’s Slogans for the 21st Century, including some brand new slogans designed specifically for 24/7. Postcards, A2 and A1 posters were distributed on the site and across London, with a tube campaign and trial of pavement stencils. Lightbox and vinyl signage overlooked Waterloo Bridge/Lancaster Place and Victoria Embankment. Douglas Coupland slogans also featured heavily on our Winter ice rink from November to January.

We worked with design agency International Magic on 24/7, an agency we’ve previously worked with on Perfume and Good Grief, Charlie Brown!. We produced a lead exhibition trailer along with five short animations exploring the five zones of the exhibition: Wreckage of the Day, Sleep/Attentiveness, Accelleration/Surveillance/Control, Work and The Commons, and Reset. We also produced a vox-pops film in-house, which featured visitors sharing their highlights of the exhibition.

In total, these films achieved just over 35k video views through organic social and YouTube.

Wreckage of the Day

Work and the Commons

- Facebook was the most effective channel, so was focused on for the last part of the campaign.
- Audiences interested in mindfulness were very engaged with the content.
- However, overall more general audiences (those focusing on Competitors/London Events and Retargeting/LAL) remained the most effective.
- Different creative styles performed best at different points.

Stories performed well, though with less volume than our main newsfeed campaign.

We employed a number of social media initiatives to expand on themes and content from the exhibition, enabling us to sustain high engagement throughout the run.

Organic social media posts for 24/7 reached a total of 1.4m people across our three main channels of Facebook, Twitter and Instagram. Instagram was our highest performing platform, achieving the highest total reach and average engagements.

Douglas Coupland’s slogans formed a core part of our social campaign. We used the marketing campaign images to build anticipation before the exhibition opened, and the slogans then featured throughout the duration in a series of short films focussing on the five different themes of the show. Overall, they performed very well on social, with the photo of his ‘I Want My Time Back’ billboard becoming our most engaged Instagram post of all time.

We used a number of lo-fi initiatives on Instagram Stories to expand on themes of the show. We worked with the Visitor Experience team for our ‘Big Brother Diary Chair’ series, which featured members of the team answering questions about work, leisure and sleep and selecting their favourite works from the show.

A five-part podcast series was produced to accompany the exhibition. This had 4,909 total listens across major podcast channels such as Spotify, Apple Podcasts and Google Play. 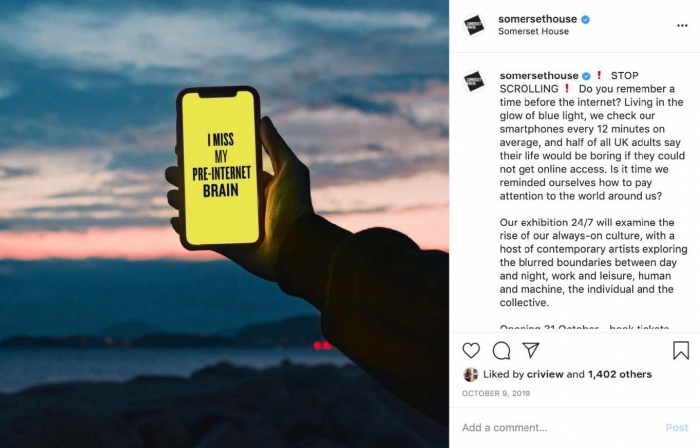 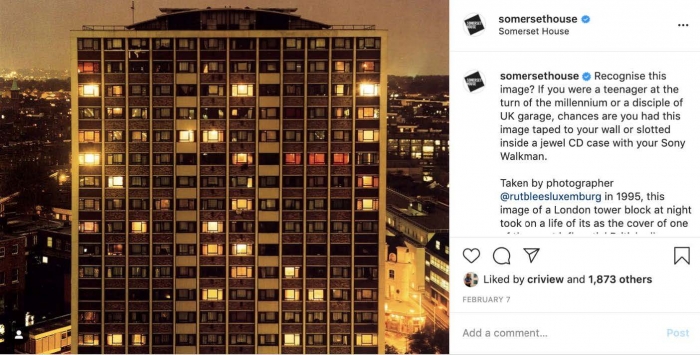 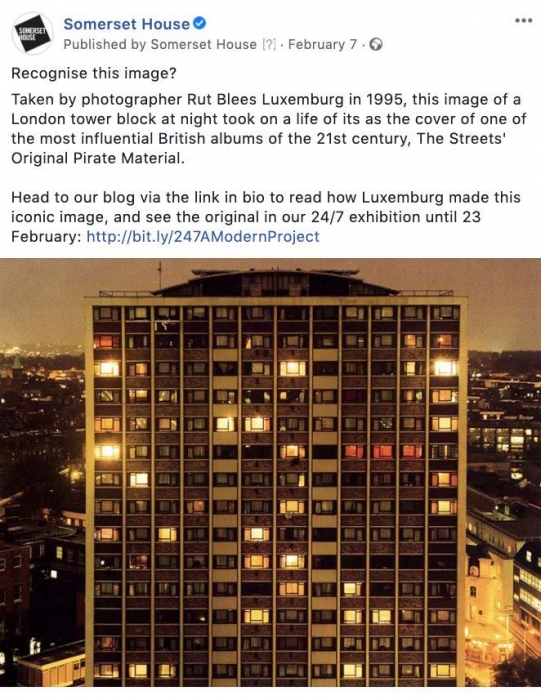 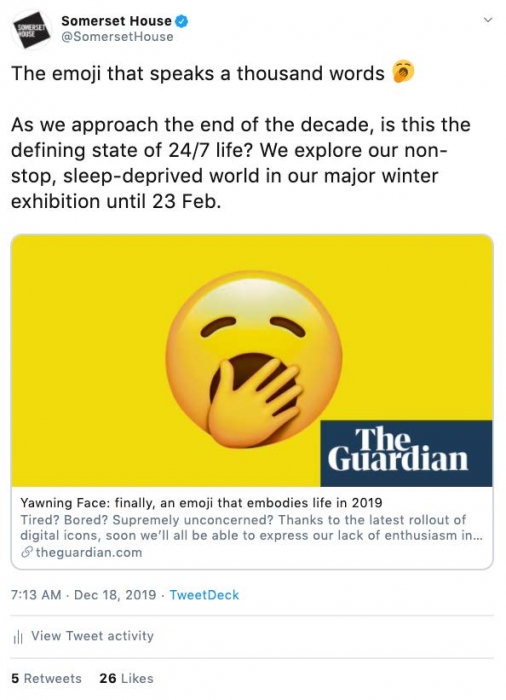 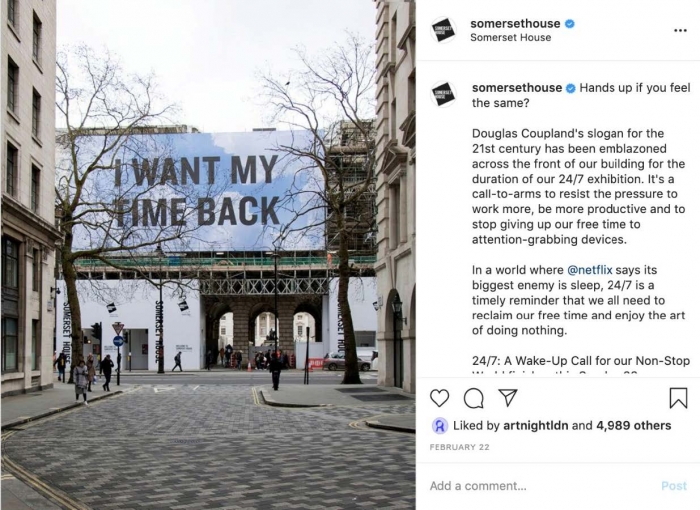 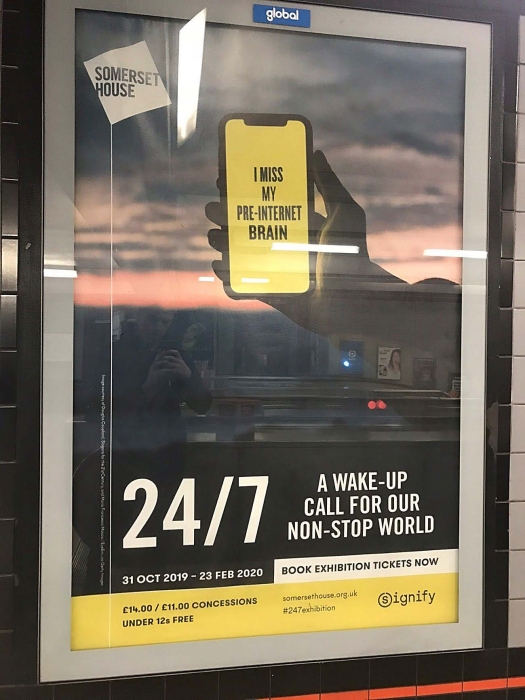 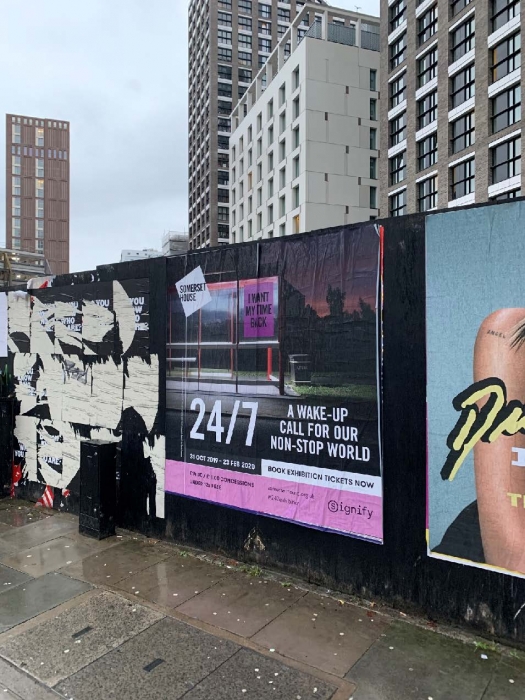 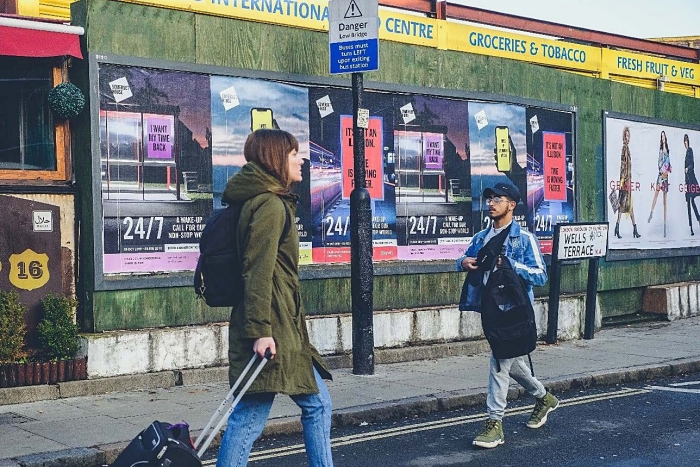 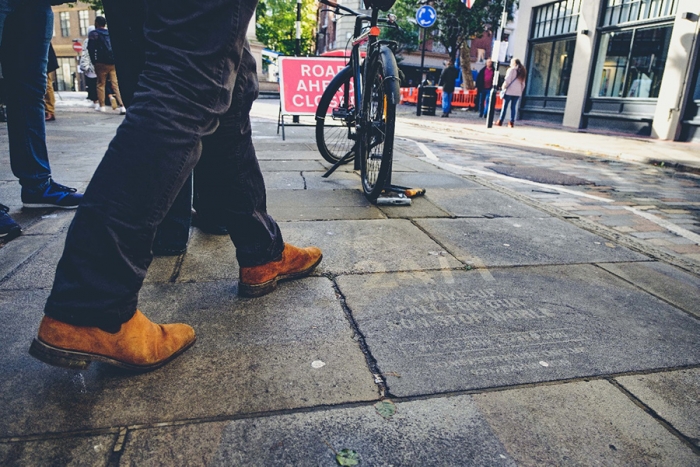 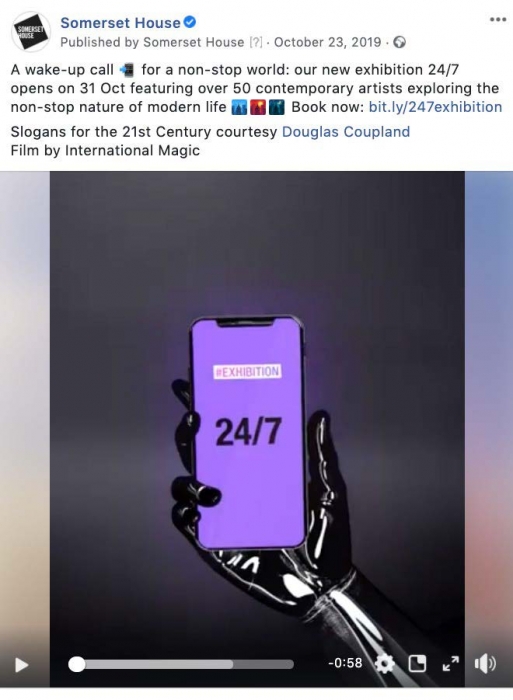 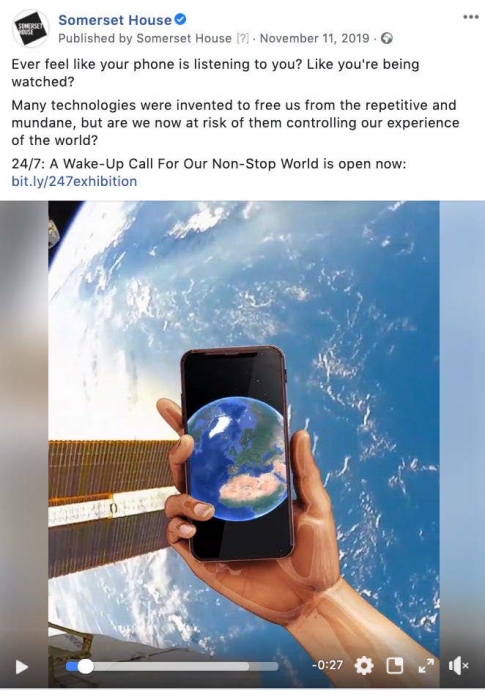 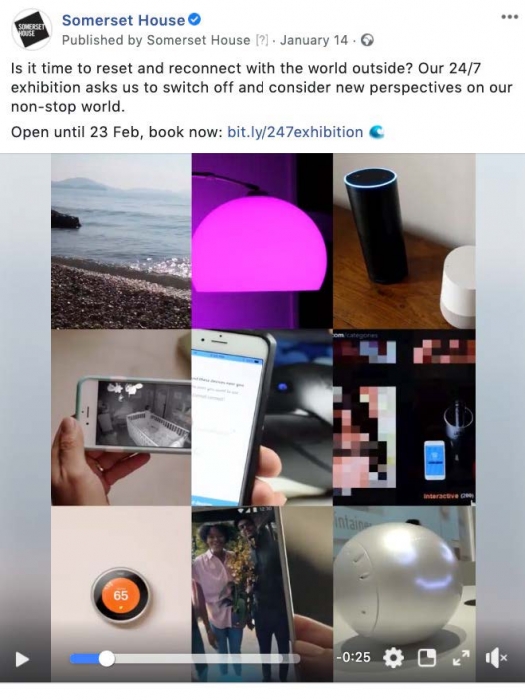 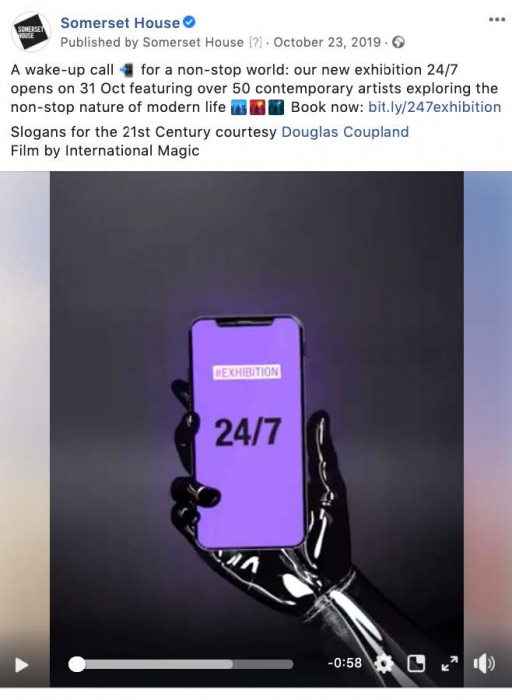 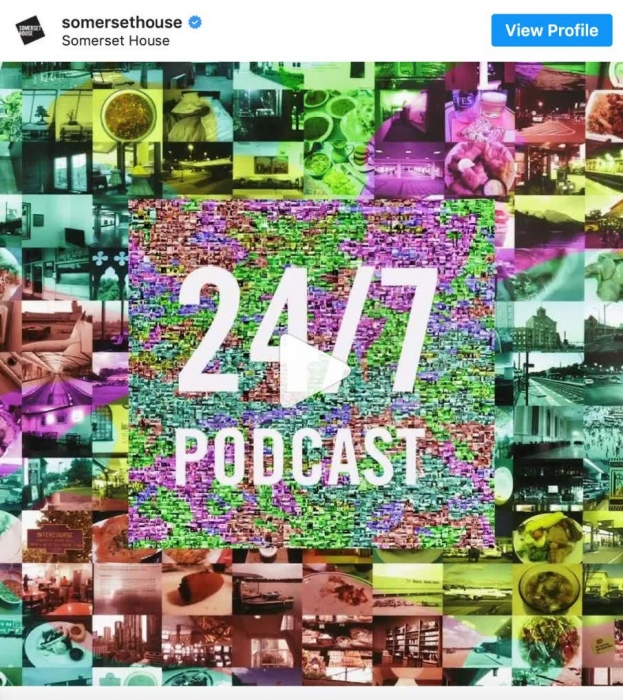 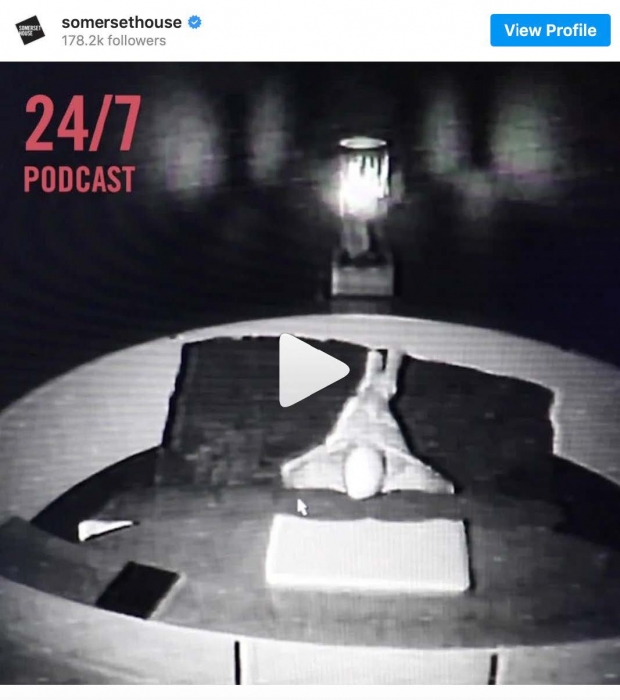 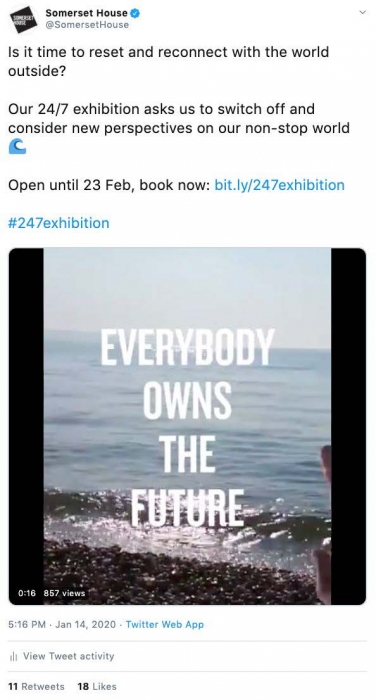 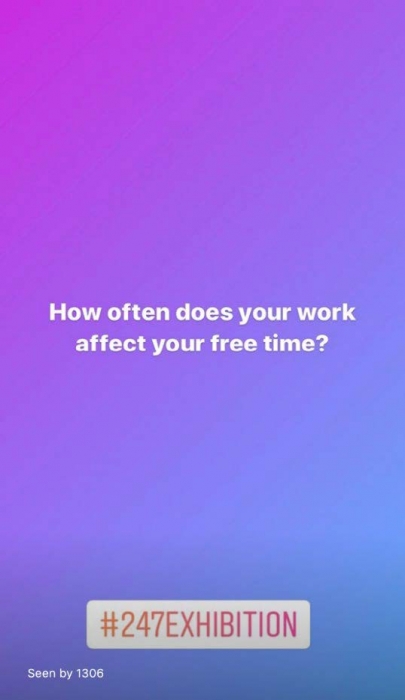 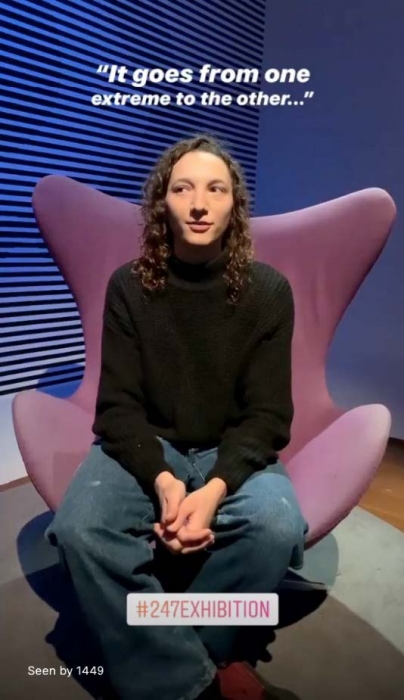 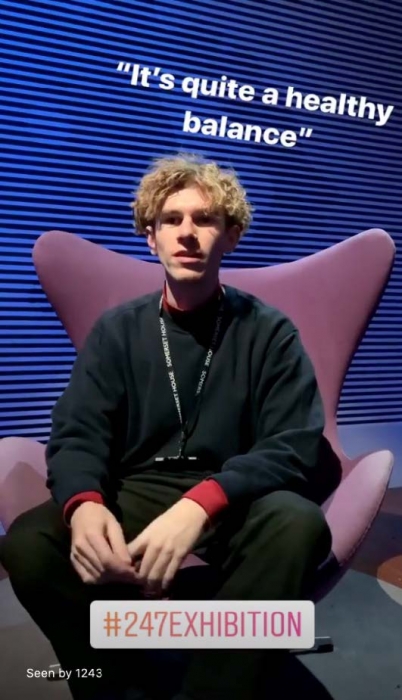 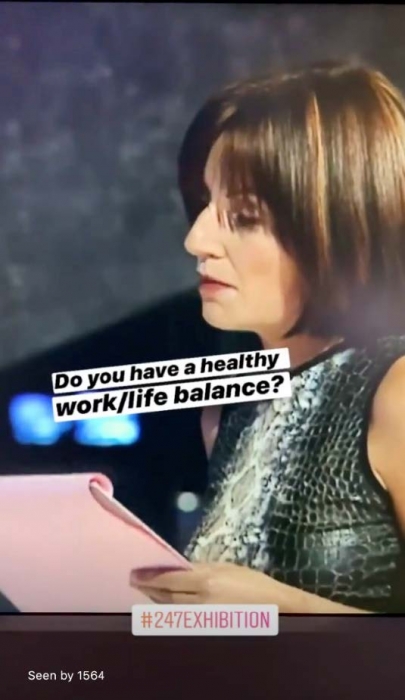 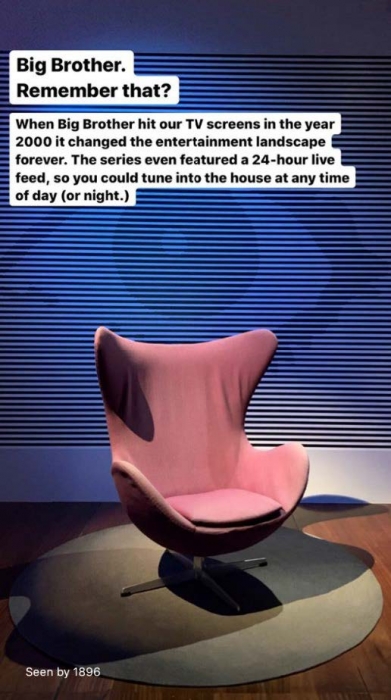 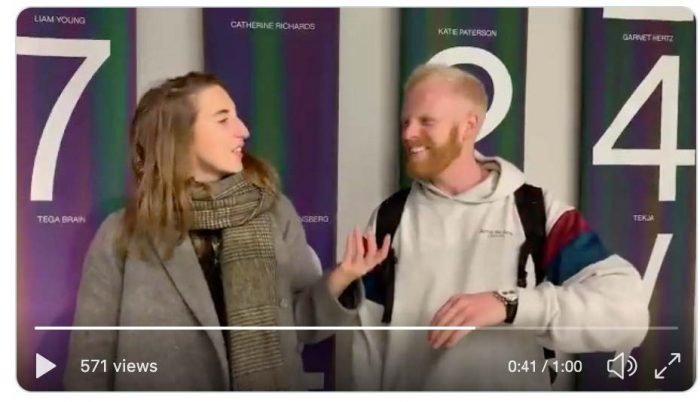 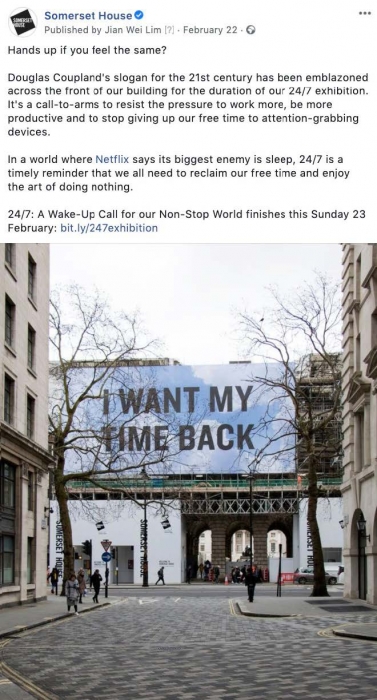